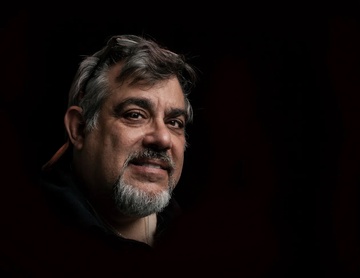 Philip"s first memory of creating art goes back to when he was a little boy, pencil in hand, drawing. Phil drew with his friends or on his own but he was driven by his appreciation of the world around him which he tried to capture with his pencil.

High School led to Philip's first formal exposure to Art. Here he painted, sculpted, played music, discovered Rembrandt and the Dutch Masters and found Photography. He joined the Band and Photography Club and experimented with his fascination of light and shadow through traditional 35mm film and darkroom practices. In his Senior year he had achieved a position as a bass player in the Jazz Ensemble and lead Photographer for the school newspaper.

As Phil entered Glassboro State College he found he had a difficult choice to make and acquired a degree in Music Theory and Composition but never lost his love for Photography. He participated in the college Photography Club where he was introduced to many different formats of photography.

Still fascinated by Nature, his surroundings, and light Philip was drawn back to his true passion and has continued to seek further knowledge and education as a practicing Photographer and member of the Professional Photographers of America. In the past few years he has worked with many local organizations such as Wheaton Arts and Cultural Center, The Youth Alliance of south Jersey, Paws for the Cause, The Ren Center For the Arts, and many Brides to capture their special moments. Philip has also been published in Inside Jersey Magazine 6/20/16 with the N.J. Ambassadors for Art of Glass Making, and is currently the Lead Photographer for Wheaton Arts E-com and events.

Though Phil has explored many styles of Photography, his low - key portraiture and storytelling style have been his focus. He is currently working on many projects.